BIR Launches Tax Campaign 2020 with its goal to raise P2.5 trillion in collection

A day filled with milestones and successes of the agency with taxpayers at the core of the progress. 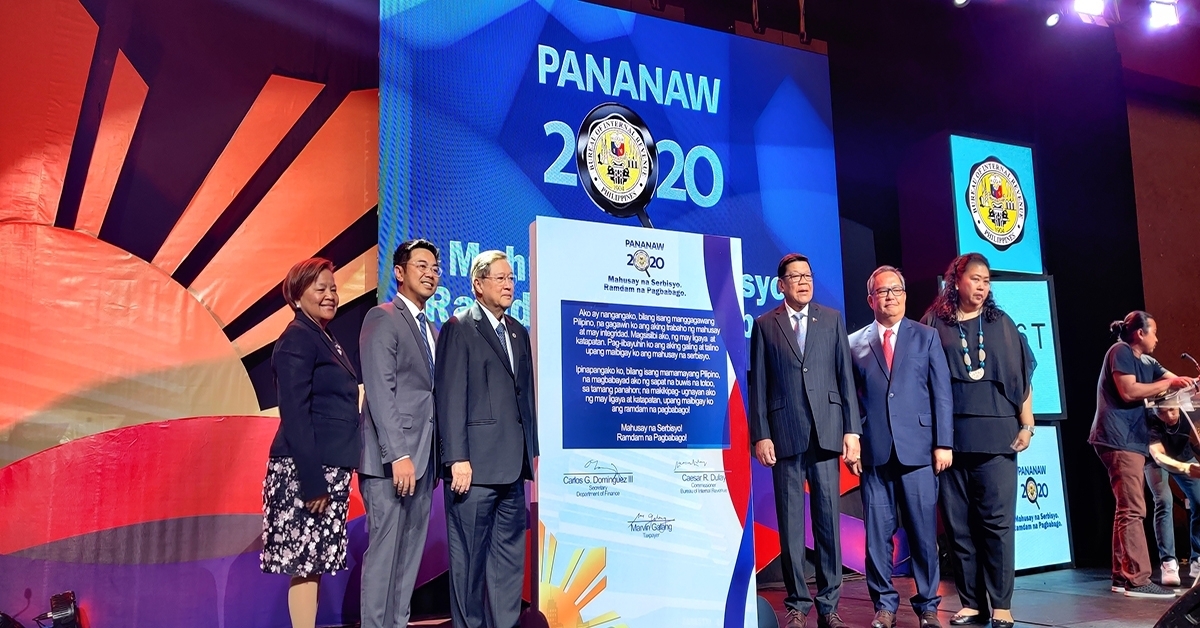 The Bureau, together with its men and women of the agency, promises to provide more efficient and extra service in order to achieve the goals of this administration.

2019 was a great year for the BIR and for all taxpayers. To name a few of the agency’s achievements;

With all these efforts, BIR collected 2.177 trillion pesos, almost 11% higher than its 2018 collection. This is simply a testament to the Bureau’s effectiveness in executing its programs. As a result our GDP rate reflected 15.1%, the best rate yet in 22 years.

“…Clearly the BIR is the spearpoint in our nation’s progress.”

“As you go out there building partnerships with our taxpayers in the framework of the dynamic modern the tax system, remember that you are not just producing revenues, you are creating a better future for this country.”

His message urged the men and women of the BIR to sustain their efforts for this year.

Representing the taxpayers was Marvin Galang’s response, Chief Executive Officer of JuanTax. His messaged focused on giving a first-hand experience of the impact of the BIR’s programs from the eyes of a taxpayer and an accountant.

“In the accounting profession…It has allowed us to elevate our profession from traditional data entry based services to more advisory based service giving clients more value than ever.” he added.

“…these efforts gave birth to a new segment in technology that I call “TaxTech”, which saw the emergence of tax focused technology companies… there is no better time to be in business.”

The BIR is set on its goal to collect 2.5 trillion with its promise to continue to execute its programs with excellence and efficiency through collaborations with other government agencies, businesses, and most importantly the taxpayers.

Men and women of BIR, the main drivers of the 2019 success