This article contains all you need to know about Income Tax Returns as a Filipino Taxpayer. The Bureau provided 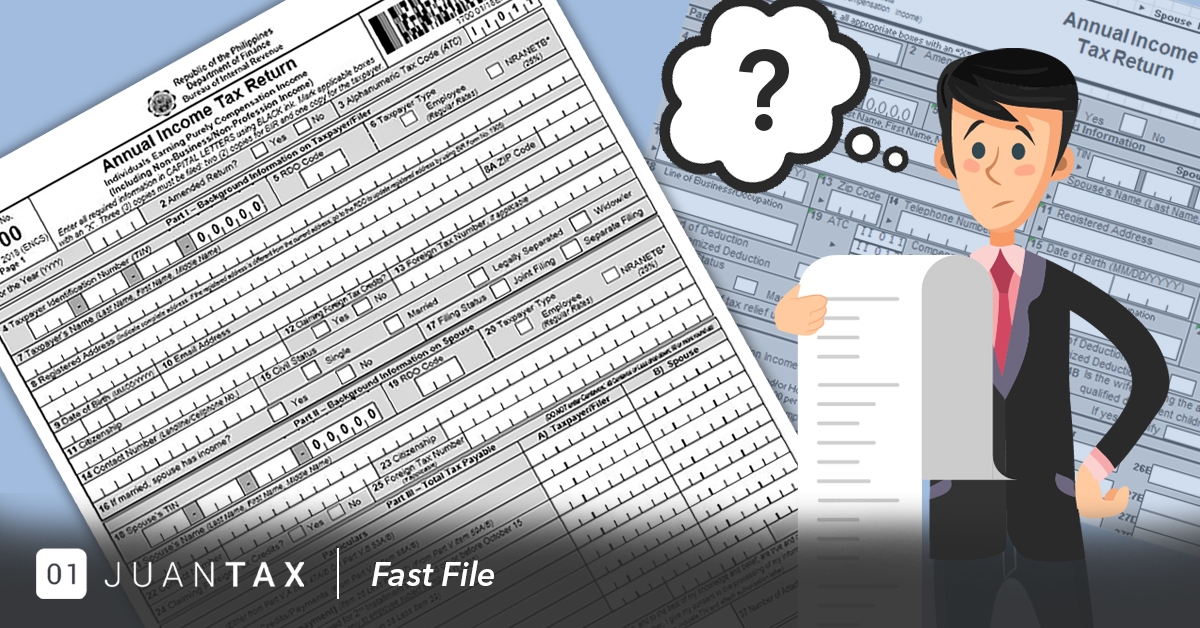 The BIR provided the necessary details to taxpayers in relation to Income Tax Returns. Here are the key details that every Filipino taxpayer need to know.

What is Income Tax?

According to the BIR, Income Tax “is a tax on a person’s income, emoluments, profits arising from property, practice of profession, conduct of trade or on the pertinent items of gross income.

Who are Required to File Income Tax Returns?

Individuals who are the following:

Non-Individuals that are the following:

Who are not required to file Income Tax returns?

Who are exempt from Income Tax?

What is JuanTax Fast File?

JuanTax Fast File is a tax solution filing and payment platform which is recognized by the BIR as an electronic solution that enables taxpayers to be tax compliant from home with ease and convenience.

How to file Income Tax with JuanTax Fast File?

It’s simple and easy! You can file your ITR within minutes! 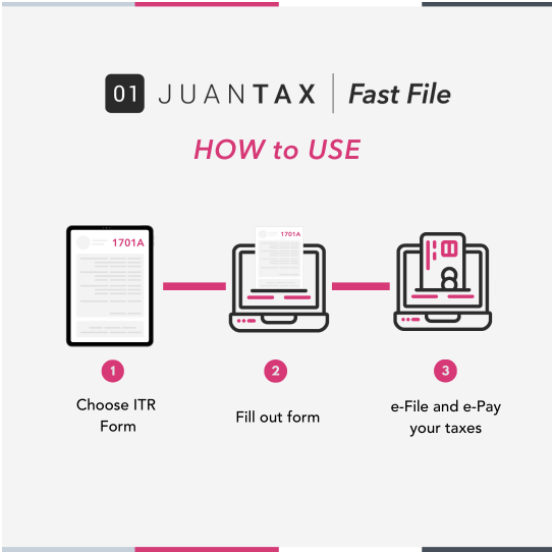