PICPA’s 73rd Annual National Convention will be held at the SMX Convention Center in Bacolod City on November 22-24, 2018, with its theme called “Promoting Integrity, Advancing Excellence”. 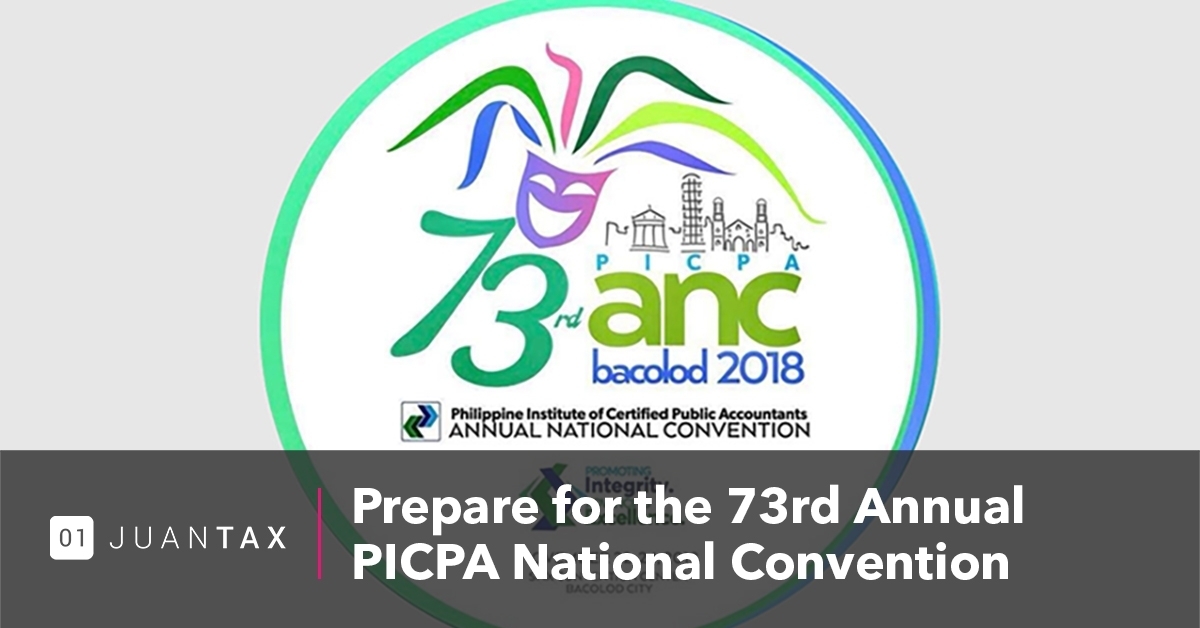 What is the PICPA National Convention?

Serving as PICPA’s annual flagship event, the National Convention serves as a gathering of accountants as well as delegates from several parts of the Philippines and other parts of the globe.

The goal of this year’s upcoming convention is to promote the core values of accounting, despite of today’s significant changes when it comes to regulations, standards, globalization and technology, which currently plays a major part in revolutionizing the landscape of the accounting industry.

Great Topics and Speakers Await for You

Of course, the PICPA convention is also expected to be filled with great topics, as brought to you by some of the best minds from the world of PICPA, accounting and technology.

The first day of the convention would focus on digitization of the accounting industry as well as the effect of technology on other aspects such as taxation and security, that will be discussed by the following speakers:

Second day will focus more on other business concepts such as integrated reporting, PFRS (Philippine Financial Reporting Standards), IESBA (International Ethics Standards Board for Accountants), as well as what future holds for the industry, to be discussed by a great selection of speakers including:

PICPA, also known as The Philippine Institute of Certified Public Accountants is a professional body composed of CPA professionals from all parts of the country, and has been hailed by the Professional Regulation Commision (PRC) as the Philippines’ Accredited Professional Organization (APO).

PICPA focuses on the four core areas of CPA practice such as:

JuanTax will be playing a part in this upcoming convention as one of its main exhibitors and as expected, our booth would once again be present at the event, as we discuss the newest product releases available for the tax software.

You can check out PICPA’s Facebook page to learn more about this convention. Looking forward to see you all at the 73rd Annual PICPA National Convention!