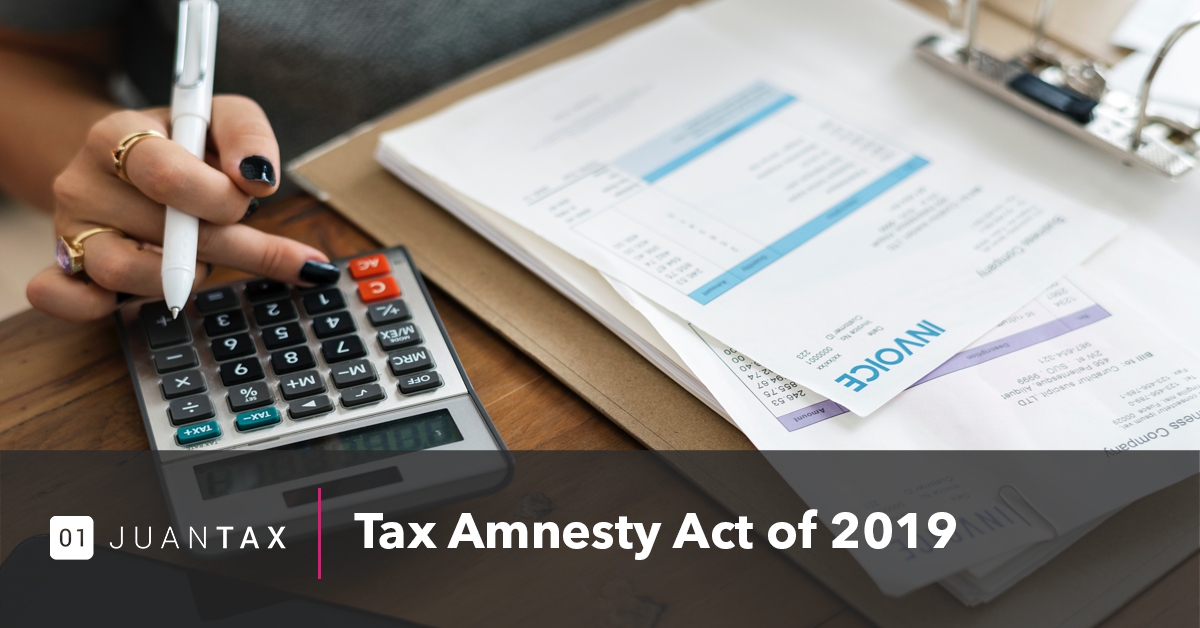 General Tax Amnesty Act of 2019, What Survives and What Remains

While most of us are prudent about paying our taxes, and paying them on time, it simply cannot be denied that even the best of us falls down and fails to file our returns correctly. For most of us, having a general tax amnesty law is like heaven on earth as it gives us the opportunity to correct our ways and start a new life without the baggage of unpaid taxes (and accumulating delinquency charges at that).

The Tax Amnesty Act of 2019 actually aimed to address such dilemma. Nevertheless, the signing of the law last February 14 was not without complications. With the vetoes registered by the president on several key provisions of the law, what would have been the saving grace of all the tax delinquents from the non-payment of all internal revenue taxes was greatly modified.

What Survives the Cut

There is a silver lining, however, because certain amnesty grants survived the series of vetoes by the President. To this date, and as signed, the provisions on the amnesty on estate taxes and delinquency taxes endure.

Accordingly, the estates of the decedents who died on or before December 31, 2017 shall be granted an amnesty estate tax at the rate of six percent (6%) of the value of the decedent’s net estate at the time of death. The version of the Congress included a one-time estate amnesty tax for unpaid estates but this provision was also vetoed by the President.

Another amnesty provision which remained is on the delinquency taxes. As it stands, delinquent taxpayers shall only pay for their delinquencies at the following rates:

c) Pending criminal cases with the Department of Justice or the courts for tax evasion and other criminal offenses under the Tax Code – 60% of the basic tax assessed; and

d) Withholding agents who withheld taxes but failed to remit to the Bureau of Internal Revenue (BIR) – 100% of the basic tax assessed.

What Remains to be done

The President called on the Congress last Monday, February 19, to pass another general tax amnesty bill which would cover other internal revenue taxes provided that it addresses the issues surrounding his vetoes. These issues include, among others, the lack of safeguards in ensuring the truthfulness of the asset and net worth declarations filed by the taxpayers availing of the amnesty. The President also seeks to have the bank secrecy requirement lifted to prevent tax evaders from using the same as a shield from tax evasion cases.

Considering that the Implementing Rules and Regulations (IRR) of the law is yet to be issued together with the recent call of the President to the Congress, it seems that not all hope is lost after all and we may still have the chance to finally let go of that unpaid obligations weighing on our shoulders.